Chris Baskett, co-owner of Tauranga’s independent bookstore Books A Plenty, is looking forward to the May 12 announcement of the winner of this year’s Jann Medlicott Acorn Prize for Fiction, at $55,000 one of the world’s richest literary awards – an award that she has helped judge.

She and her two fellow Kiwi judges, author and reviewer Mark Broatch and non-fiction writer Nic Low, began reading and assessing the 46 books entered last August, although Chris had a head start. “I’d already read a lot of them because I like to keep up with contemporary New Zealand fiction.”

As they read, the three judges exchanged comments on each book by email. “Then we started conference calls,” Chris says, “which was hilarious for me as both men sounded the same. Then back to emailing. It was pretty constant.”

The judges met in person just once – to choose their longlist and shortlist on the same day. At least that was the intention. “We almost got it done,” Chris says, “but at the tail end of the day we hadn’t quite settled. It was one book on the longlist of 10 and one book on the shortlist of four so we went home, re-read and had a pretty quick resolution. We were all very happy with the shortlist.”

The longlist was announced on January 29, with the shortlist revealed on March 9.

“The shortlist ranges from debut authors to veterans,” Chris says. “The stories they tell are set in places as diverse as Kaikoura and Wellington, South Canterbury and California. They talk of families in the main, the tribulations of life and the power of love. They all illustrate the importance of reading our fiction by our authors and they all stand with confidence on the world stage.”

To choose the winner, the trio of judges was joined by award-winning Australian writer Tara June Winch who lives in France. “It was just as the Covid-19 disruptions started,” Chris says, “so things got a bit delayed and a bit fraught – and there was still lots of emailing.”

The final decision – unanimous – was made just as New Zealand moved into lockdown.

Chris says the judging process was very affirming as to the quality of New Zealand fiction. “We could easily have added another five books to the longlist and the quality wouldn’t have dropped a jot,” she says.

There will be a virtual awards ceremony on a dedicated YouTube channel at 6pm on Tuesday, May 12. People can subscribe earlier and follow shortlisted authors as they read from their works.

Halibut on the Moon by David Vann (Text Publishing)

From the inaugural award in 2016, the prize’s benefactor preferred to remain anonymous. However, this year Tauranga resident Jann Medlicott has revealed her identity and the award has been renamed in her honour.

Jann has been an avid reader all her life and believes we cannot call ourselves a civilised society until we celebrate our writers and poets as much as we do our sporting heroes and heroines. Read more here.

All these books and many more can be purchased from Books a Plenty, who are now providing free contactless delivery in level 3. 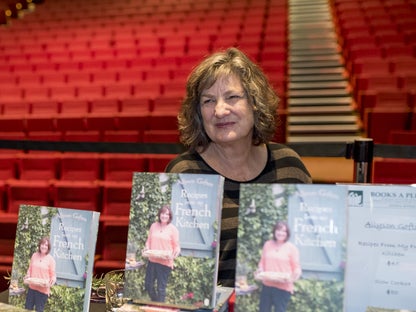 Tauranga Arts Festival, You are taking me to Profound Places

We know what we know