Treasure is all around us

Ka mua, ka muri – walking backwards into the future (look to the past to inform the future)


The past few months have been a chance to do some tidying up and clearing out with the promise of ‘treasure’ to be found. We were delighted to hear that at Baycourt a programme from the very first Tauranga Arts Festival in 1999 was retrieved from beneath a seat in the Addison Theatre – and in one of those strange-but-true coincidences, it featured the NZ String Quartet, who will be back performing at Baycourt in September!


So we’ve dipped into our archive and invite you to join us for a quick stroll down memory lane. How many of you were there? Among the stars at that first festival were American singer Randy Crawford, opera singers Dame Malvina Major and Deborah Wai Kapohe, the Danish Boys Choir, flautist Uwe Grodd, Bangarra Dance Theatre from Australia, The Muttonbirds, Peta Matthias, and Dame Kate Harcourt.


And since 1999 some of the performers have gone on to greater things – Miranda Harcourt, Rachel House, Madeleine Sami, Toa Fraser, Catherine Chidgey and Elizabeth Knox among them.


Sadly, we’ve also farewelled a number of the guests in the intervening years, including former Prime Minister David Lange (2005), poets Lauris Edmond (2000) and Hone Tuwhare (2008), and Tauranga historian Jinty Rorke (2014). And a moment of remembrance too, for Peter Wyatt, our founding festival director (2013).


Our ability to continue to bring top-quality festivals to Tauranga is dependent upon having a solid financial base for long-term planning – and the key support of Sponsors and Patrons. If you’ve thought about joining the Festival whānau but are unsure about what that entails, please feel free to get in touch, info@taurangafestival.co.nz and we'll be only too happy to talk you through it. There is also information on the Patrons page hereon our website. The support of our Sponsors and Patrons has meant so much to us over the years and we look forward to seeing you at our next Festival event.


We're harking back to a more recent festival - Escape! 2018 - to share a thoughtful and compelling piece by Tauranga resident Serena Jones, co-owner of Queenstown Natural Perfumiers with husband Harold. Published on The Newsroom website this week, Serena's article explores her thoughts on end-of-life care, wanting us to discuss sensibly the reality that she, along with many others, is facing. It’s well worth a few moments of your time.

With arts venues re-opening, we’d like to give a shout-out to the staff (front-of-house, lighting, sound, administrative, etc) and performers who are once again making the magic happen.


Nikki Hansen and Jo Bond attended their first theatre performance since lockdown last month in Hamilton. The one-woman performance by Cian Gardner, Sorry for your Loss, was sold out. “It was amazing to be back sitting in an audience,” says Nikki. “And a full house at that.”


If you’re after a dose of the magic for yourself, have a look at the programmes at Tauranga venues Baycourt Community & Arts Centre and The Incubator, which includes classes, as well as performance.


And finally, happy Matariki! Tauranga Libraries have heaps of events and activities for all ages. Check them out at My Tauranga. This year Matariki is marked on July 13 as the star cluster (also known as the Pleiades) rises in the pre-dawn sky. According to the Maramataka (Māori lunar calendar), the reappearance of Matariki brings the old lunar year to a close and marks the beginning of the new year. The brighter and clearer the stars seem, the warmer the growing season will be, ensuring a good harvest.


This short video by Te Papa Tongarewa / Museum of NZ educator Martin Langdon is a guide to pinpointing the cluster in the sky. 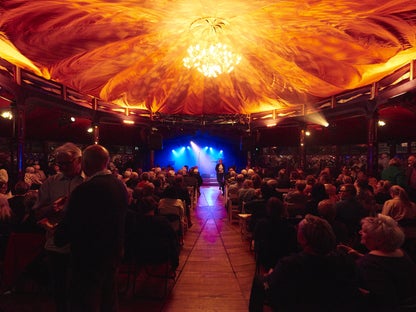 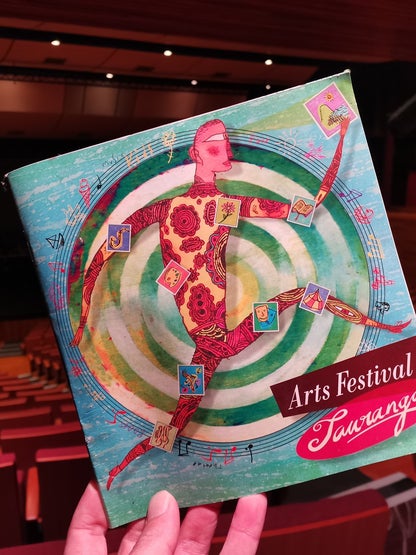 From theatre to silver screen

​Chatting to a hobo in a park was the moment when the young Sxip Shirey realised that the making of music was all around him.

The Best of the Best

Waiho i te toipoto, kaua i te toiroa – let us keep close together not far apart